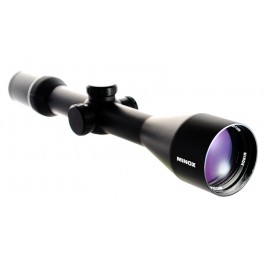 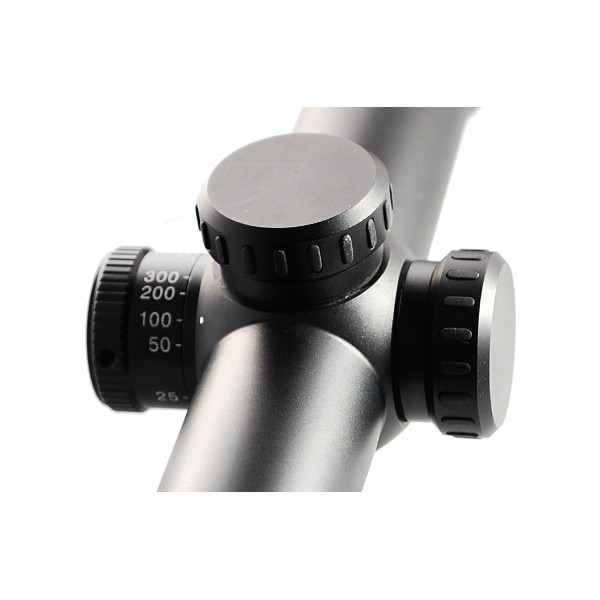 The Minox ZA5 HD 3-15x50 SF is an updated version of the original Mionx ZA5 3-15x50, which was one of the most popular Minox ZA5 scopes available, and a versatile optic for hunters and recreational shooters.  The updated ZA5 HD 3-15x50 has a few improvements over the old model that make it another serious comeptitor in the premium, yet affordable, sport optics market.

The construction of the ZA5 HD 3-15x50 is similar to its predecessor, with a matte black anodized finish on a one piece aluminum body.  The first major improvement (or difference, if you aren't a fan of larger bodies) is the upgrade to a 30mm main tube.  The original ZA5 3-15x50 had a 1" main tube.  This is not necessarily an improvement perse, but it does offer the possibility of increased windage and elevation adjustment.  The ZA5 HD 3-15x50 weighs in at an impressive 20 ounces, light compared to our initial guess of a pound and a half or so.  Length is just under 12.75 inches. 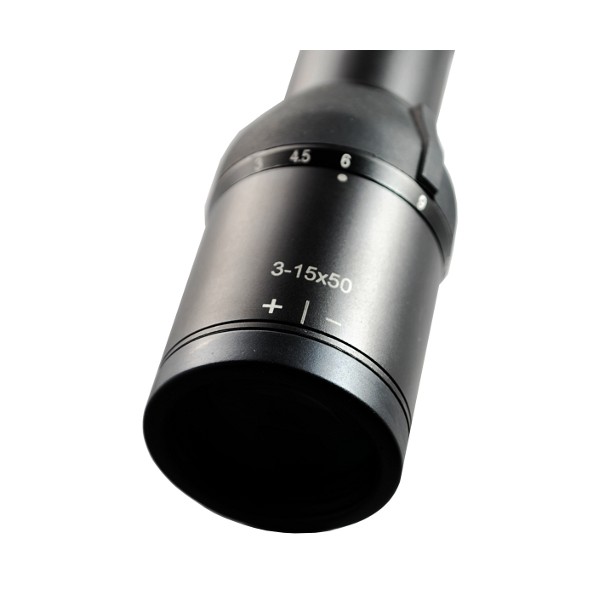 The eyepiece is a molded rubber quick focus eyepiece that is very easy to adjust, with no grinding or excess resistance throughout its range.  The magnification ring is also molded rubber with a raised rib, a functional upgrade from fhe popular ZV3's metal magnification ring.  It's been our belief that the molded rubber mangification ring is easier to grip and adjust with gloves or cold hands, which is crucial for the hunter who finds himself at the wrong magnificaiton in less than ideal conditions.  The magnificaiton ring does function smoothly without any grinding or resistance throughout the magnification range, but it does seem to be a little tighter than some shooters desire.  The ZA5 HD 3-15x50 differs slightly from the ZA5 HD 2-10x40 and ZA5 HD 3-15x42 in that it has a black objective retaining ring instead of sliver, yet it is still imprinted with "HIGH DEFININTION MINOX WETZLAR GERMANY." 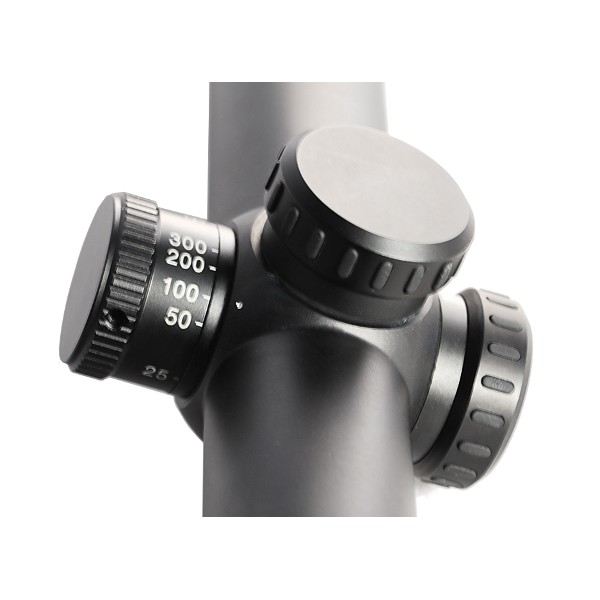 We really like the fact that Minox has upgraded the ZA5 HD 3-15x50 to a 30mm tube.  Functionally, it doesn't make much of a difference compared to the one inch models of the ZA5 HD scopes because it still has the line standard of 60 MOA of adjustment, but it does make the scope "feel" higher quality, with a bit of heftiness and an overbuilt feel.

The windage and elevation turrets on the ZA5 HD 3-15x50 are clearly marked for declination and direction, with 1/4 MOA adjustment to a maximum of 60 MOA (four revolutions) on both knobs.  Tactile feedback is good, not mushy, yet fine adjustments do lack the audible feedback found on a lot of the other ZA5 HD scopes we have reviewed.  This may be a characteristic of our test scope, as the turrets in the ZA5 HDs have been pretty good overall.  For hunters who are a "set and forget" type,  this is not a problem.  If you are the type of hunter who leaves his turrets uncapped and routinely makes range corrections, this may be undesirable.

This model ZA5 HD is also equipped with a side focus knob.  The knob is, like the body, aluminum construction with an anodized finish and knurled grip, and is marked with 25 yards, 50 yards, 100 yards, 200 yards, 300 yards, and infinity, making it a suitable candidate for medium to semi-long range hunting. 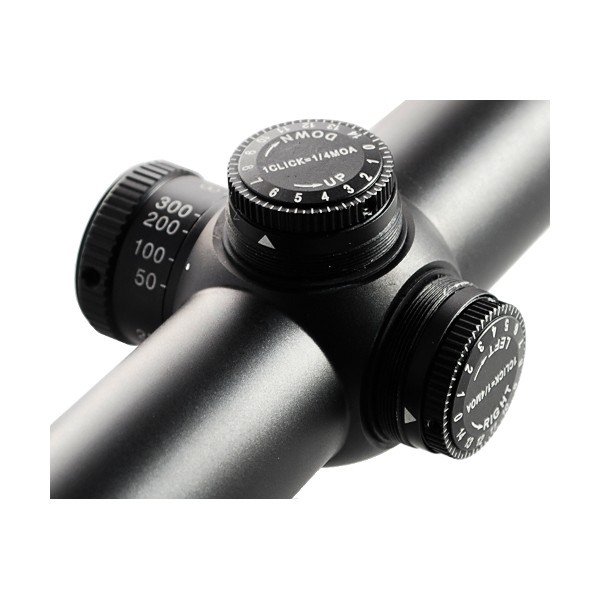 The magnification range is an outlier, from 3x on the low end to a generous 15x on the high end.  A 5:1 magnification ratio has caused its share of problems in previous Minox ZA5 scopes, such as pronounced rolling ball at low magnification and excess chromatic aberration at high magnification, but those issues seem to have been seriously addressed in the ZA5 HD line.  The wide range of magnification makes this scope a suitable optic for hunters in brushy, short distance sight lines, while the high magnification allows long range hunters to cover some distance in open areas.

The view through the Minox ZA5 3-15x50, again, does not fail to impress.  On low magnification (3x), the edge to edge clarity and resolution is excellent.  There is very little, dare we say almost completely unnoticecable chromatic aberration, and zero rolling ball effect.  On higher magnifications, the chromatic aberration does increase slightly, but it is still well controlled, and rolling ball continues to be unnoticable, if at all existent.  Clarity and sharpness are still very impressive.  Hand-held at about 150 yards, we were able to read four inch high lettering.  The color bias is on par with what we have seen from the rest of the ZA5 HD rifle scopes, with some of the most true to life color compared to almost every other riflescope or binocular we have reviewed so far.  The flat field of view just adds to an overall pleasurable high definition sight picture.  For the price, the glass in the ZA5 HD 3-15x50 is a great value that performs above its price point.

The Minox ZA5 HD 3-15x50 includes a neoprene Scopecoat sporting the Minox logo, an allen wrench to reset the windage and elevation turrets, and an instruction manual.