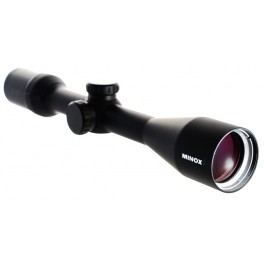 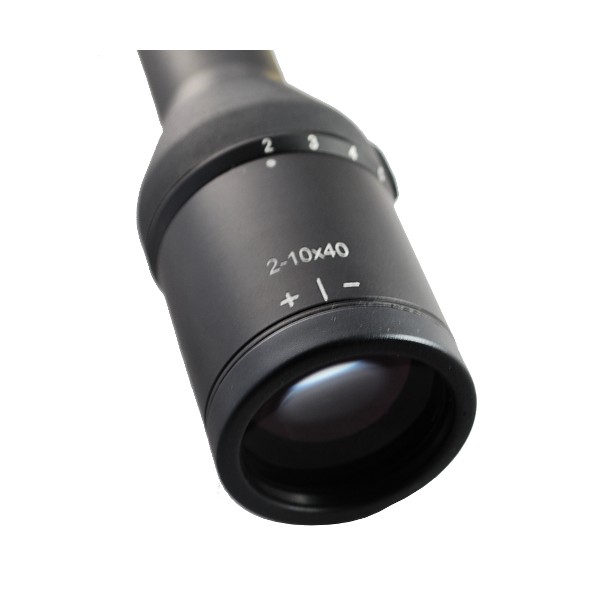 First of all, the ZA5 HD 2-10x40 is one of the few ZA5 HD models that retains the original 1" main body tube.  Fortunately, this has not affected the amount of internal adjustment - there is still 60 MOA windange and elevation to get you downrange 1/4 MOA at a time.  The body is a single piece of aircraft grade aluminum with a matte black anodized finish for long-term durability.  The low 2x power, maximum 10x, and 5:1 magnification in between is a little more versatile than traditional 3-9x scopes, giving you a wider field of view up close and just a little more power on the top end, so you can reach out and touch game from an increased distance.

The 1" body, lightweight aluminum construction, and modest objective size make for a rifle scope that measures just 12.5 inches in length and weights only 15.5 ounces. Yes, a fully waterproof, fogproof rifle scope with HD glass that weighs under a pound.  Mabye Minox is on to something... 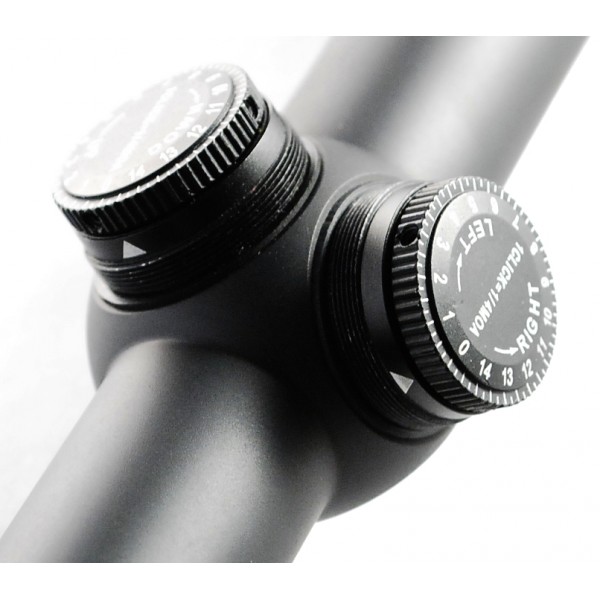 There are actually surprisingly few changes to the new ZA5 HD 2-10x40 when you compare it to the old model.  Fit and finish does seem slightly improved, and the new lower profile turret design achieves two things.  It helps keep weight down, and it makes the scope a little more aesthetically pleasing.  Few hunters want a scope with tactical sized turrets without the tactical capability.  But Minox did decide to keep the windage/elevation caps with raised rubber ridges for grip, which is something we really liked about the old ZA5 scopes.  We did a comparison in 2013 between the original ZA5 2-10x40 and the ZV3 3-9x40 and found that the two scopes were nearly identical in size and weight.  It looks like the new ZA5 HD has an all new body, because it no longer matches up with the ZV3 body dimensions.  In fact, the ZA5 HD 2-10x40 is slightly longer, yet is only 2 ounces heavier.

The windage and elevation knobs have been changed to a design that more closely resembles the Minox ZV3 line of scopes.  Initially, we were afraid that this meant the turrets would be mushy, but quality control has been improved and the clicks on both the windage and elevation knobs are clear and precise.  We get affirmative audible clicks every time we make an adjustment. 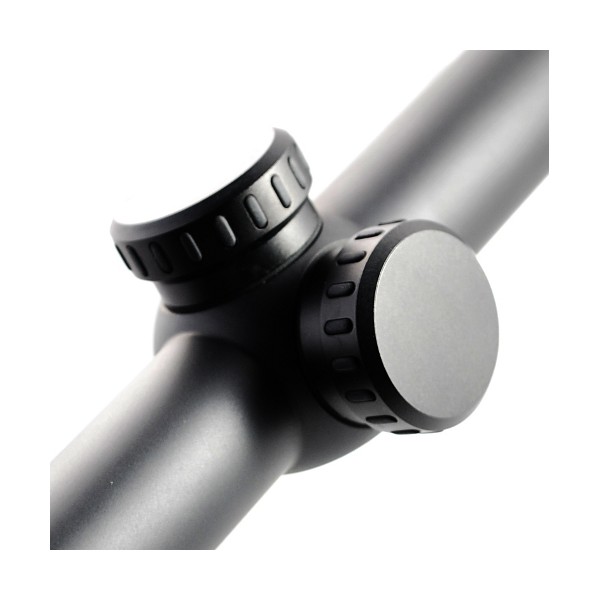 The glass isn't anything to sneeze at, either.  Obviously this is due to the upgrade to HD glass.  Clarity, sharpness, it's all there, and chromatic aberration is only slightly visible at maximum magnification against high contrast targets.  You'll really only notice CA if you're looking for it.  The previous generation 2-10x40 suffered quite a bit from what a lot of shooters call "tunnel vision" (rolling ball, pincushion, beach ball effect, take your pick), and that seems to have been mostly solved in the ZA5 HD 2-10x40.  Granted, there is still a little bit of curvature toward the edge of the field of view, but compared to the original 2-10x40, it's vastly improved.

So how does the new version compare to its closest cousin, the Minox ZV3 3-9x40?  Well, it's difficult to do a direct comparison because of the difference in magnification.  The ZA5 HD 2-10x40 is marked at 3x, so we could adjust, but we have no way of knowing if that's completely accurate.  But we can form some conclusions by doing a side by side optics comparison.

On paper, the specs are very similar.  Obviously the field of view at the lowest magnification is going to be larger on the ZA5 HD 2-10x40 because it's 2x as opposed to the ZV3's 3x.  To be specific, the ZA5 HD's FOV is 48.7 feet at 100 yards, where as the ZV3's is just 31.5 feet.  Color bias on the entire ZA5 HD line has been some of the most true to life color we've seen, and the ZA5 HD 2-10x40 achieves nothing less in this department.  Chromatic aberration is about equal in both, and needs to be actively looked for to be noticed in either rifle scope.  That field curvature we mentioned a few paragraphs up is actually less noticable in the ZA5 HD than it is in the ZV3.  Also, the ZA5 HD 2-10x40 has the slightest edge in clarity and sharpness over the ZV3, but it's astonishing how little of an edge it is.  After all, the ZV3 is not HD glass.  But that edge is still there, and the ZA5 HD does "feel" better to look through, if that makes any sense.

Overall, the Minox ZA5 HD 2-10x40 is an excellent scope, providing a huge value when compared not only to its family of scopes, but similarly priced competitors.  It makes a great optic for an all-around rifle for any hunter.