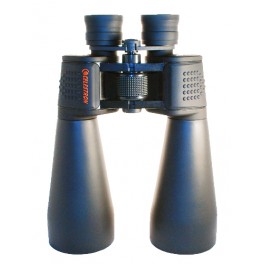 The Celestron SkyMaster 15x70 is one of the most well known astronomy binoculars currently available.  Its imposing size and look clearly say "this pair of binoculars means business." 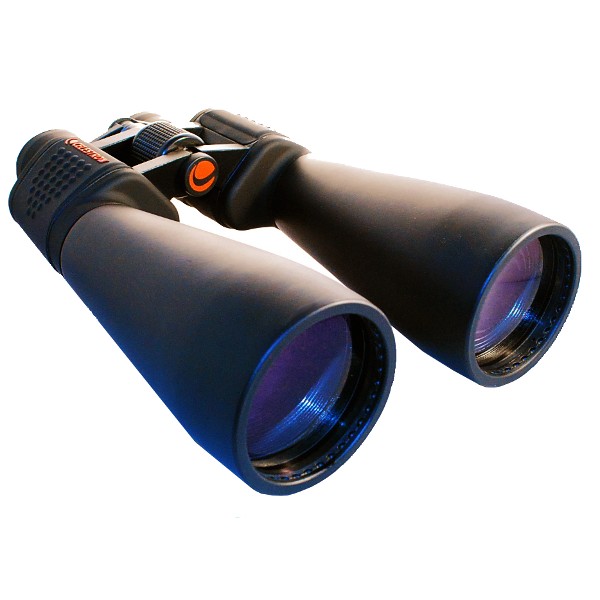 The SkyMaster 15x50 binocular is perfect for astronomy.  The 12x magnification means this SkyMaster is more powerful than standard 8x or 10x binoculars, while still retaining a relatively wide field of view when compared to other astronomy binoculars with higher magnifications, and all telescopes.  In addition, the large 70mm objective lenses collect more available light than 42mm, 50mm, and 60mm models.  Astronomical observation is all about collecting light, and the SkyMaster 15x70 is designed to do just that.

The included tripod adapter is an absolute necessity - due to weight and magnification, these are not a handheld binocular.  The tripod adapter is made of molded plastic, but does seem to do its job well on our in-house Celestron photographic tripod.  If you're looking for a more sturdy metal tripod adapter, you may want to upgrade to the standalone Celestron binocular tripod adapter.  Our opinion is that the included adapter will do just fine.  Also included is a quality carrying case with strap, standard on most Celestron models.

The SkyMaster 15x70 binocular is what looks like an exaggerated porro design, over a foot long with gigantic lenses.  The rubber armor is sleek and high quality.  We see a lot of binoculars under $100, and this is the first model that has included quality armor instead of a material made by the lowest bidder.  These binoculars come with a rain guard, but the lens caps unfortunately do not attach to the body, so you'll have to keep an eye on them.  Then again, we aren't aware of a 70mm model that has attached lens caps.  Eye cups are fold-down, but they do provide adequate eye relief.  The focusing mechanism isn't anything special, but we think that's irrelevant because you don't commonly change focus on binoculars when stargazing. 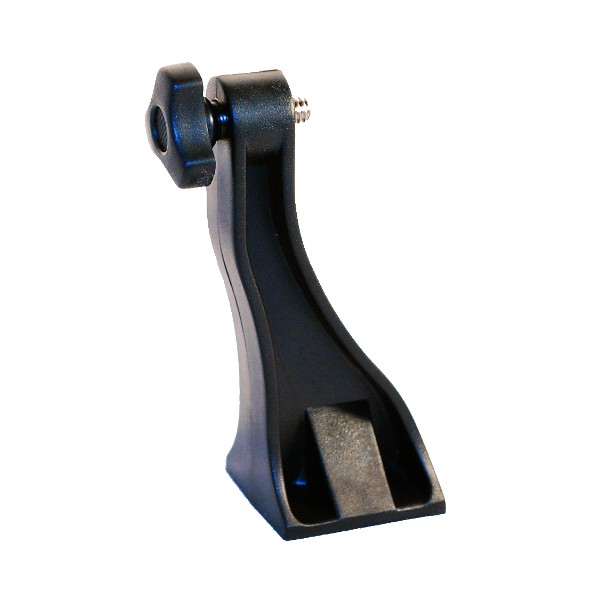 We set up a pair ofSkyMaster 15x70 binoculars on a chilly December evening and got some excellent views of the Orion Nebula.  For wide angle views of astronomical objects, they really are a useful tool.  We like this model so much for recreational stargazing that we've added one to our stable of in-house binoculars (which currently includes 7x50 and 10x50 Porro binoculars).

The optics on the SkyMaster 15x70 are surprisingly impressive for a large aperture binocular considering the price.  It's very difficult to maintain image quality when trying to cram high power into such a low price point.  But clarity is certainly there, and the BaK-4 prisms and multi-coated optics perform better than expected. Chromatic aberration will usually become increasingly noticeable at higher magnificaitons, but the Skymaster 15x70 seems to control CA very well.  Clarity and sharpness are very good, and we were able to glass a hillside at several hundred yards.

If you're a hunter, you might wonder what you'd do with such a large binocular.  Well, long range hunters will likely find a lot of value in the SkyMaster 15x70.  For glassing game at long distances, these are lighter, cheaper, and easier to use than a spotting scope.  You wouldn't carry them into thick woods and expect them to perform, but it's better than a spotting scope if you're hiking miles over open hills or plains.

The final verdict on the SkyMaster 15x70 is that it's a great large format binocular for the price, and is equally adept at stargazing and glassing game.  With a limited lifetime warranty, included tripod adapter, and the features you get for under $100, you can't go wrong.